Vincent Bruel (1973-2005) was a French juggler who started juggling in 1988. He performed with several juggling groups including Triplex (with Peter Biondi and Lionel About), Vis-à-Vis (with Lionel About), and The Flying Objects (with Sylvain Garnavault and Denis Paumier).

Vincent was one of the first French jugglers to explore mathematical juggling notation systems such as siteswap, and to apply the concepts to bounce juggling. In 2002, he co-directed and edited a 2-hour bounce juggling video called Bouncing in Paris.[1][2] 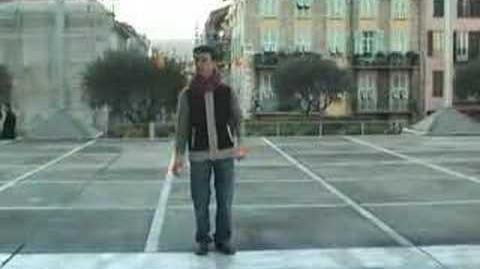 Retrieved from "https://juggle.fandom.com/wiki/Vincent_Bruel?oldid=19010"
Community content is available under CC-BY-SA unless otherwise noted.