The use of table tennis balls as a juggling prop was popularized by the European circus star Gran Picaso in the 1960s and '70s.[1] These balls are usually juggled by spitting them from the mouth and catching them again in the mouth or with the hands. There are also some jugglers who bounce multiple table tennis balls on a single paddle. 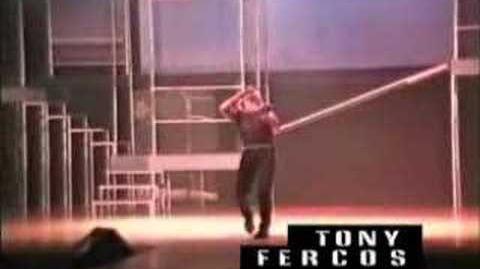 Spit from and caught in the mouth[edit | edit source]

Spit from the mouth and caught in hands[edit | edit source]

Bounced on a paddle[edit | edit source]

Retrieved from "https://juggle.fandom.com/wiki/Table_tennis_balls?oldid=21167"
Community content is available under CC-BY-SA unless otherwise noted.