Speed juggling is juggling combining fast throws and throws at a low height in order to maximize the number of catches per unit of time. Speed juggling of clubs often includes throws with a high rotation speed. 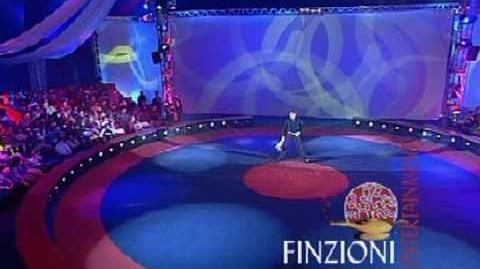 Conversely, in slow juggling, props are thrown at a great height to minimize the number of catches per unit of time. This has been popularized through "fewest catches" competitions often included in juggling games at conventions. 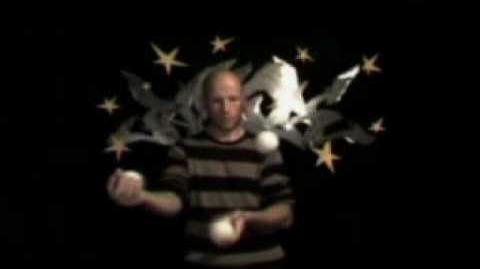 Speed juggling is popular in stage acts, with many jugglers claiming the title of "World's Fastest Juggler", including Lottie Brunn,[1] Nino Frediani,[2][3] Wally Eastwood,[4] Mario Berousek,[5] Greg Gabaylo,[6] Mark Hanson,[7] and David Rush.[8] Falco Scheffler became a widely-known speed juggler with 3 and 4 balls after the release of his Physical limits in technical 3 and 4 ball juggling video in 2007.

In speed passing competitions, six clubs are passed between two people attempting to complete the most passes in a set time (video example).

(Note: For records on Juggle Wiki, the low throws/passes in shower patterns are not counted, so using the shower pattern is not a good way to set speed juggling records.)

Most catches in 1 minute[edit | edit source]

Slow juggling records require a pattern to be run continuously for a full minute.

Retrieved from "https://juggle.fandom.com/wiki/Speed_juggling?oldid=25285"
Community content is available under CC-BY-SA unless otherwise noted.