A multiplex is a throw where two or more objects are thrown from one hand at the same time. 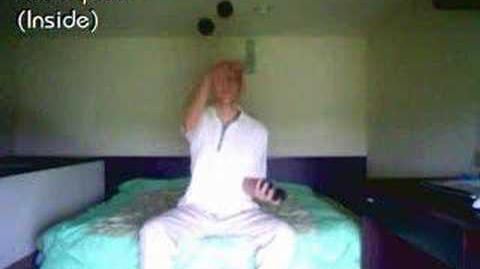 Multiplex throws are sometimes called duplexes, triplexes, quadruplexes, quintuplexes, etc., depending on the number of objects that are thrown from one hand.

The term "uniplex" is sometimes used to mean throwing an object while holding on to another object with the same hand and not throwing it, as opposed to a true multiplex, where two or more objects actually leave the hand at the same time.

A squeeze catch is a reverse multiplex throw - more than one object is caught in one hand at the same time.

Every throw in a multiplex record must involve the same number of objects. For example, a duplex record must consist of only duplexes, with no other kinds of throws in between.

Collecting begins when an object lands in a hand that was already holding the number of objects required for each throw in the pattern. Any object that leaves a hand after collecting has begun is considered to be dropped at the moment it's released, so no subsequent catches will be counted. Every catch of every object is counted while no drops have been made.

Stacked multiplexes done with no vertical separation will not be accepted in ring multiplex records.

A multiplex throw is written in siteswap notation as two or more numbers in square brackets. 6 balls juggled in a 3 ball cascade (6 ball duplex stacks) would be written as [33].

If the brackets for a multiplex contain a 2, it means one object stays in the hand instead of being thrown at that time, so it may not be a true multiplex throw. If a multiplex contains a 1, it's a sliced throw. A 0 in multiplex notation can be ignored, so [30] can be simplified to 3.

Retrieved from "https://juggle.fandom.com/wiki/Multiplex?oldid=25444"
Community content is available under CC-BY-SA unless otherwise noted.